Air pollution levels remain dangerously high in many parts of the world. New data from WHO shows that 9 out of 10 people breathe air containing high levels of pollutants. Updated estimations reveal an alarming death toll of 7 million people every year caused by ambient (outdoor) and household air pollution.

“Air pollution threatens us all, but the poorest and most marginalized people bear the brunt of the burden,” says Dr Tedros Adhanom Ghebreyesus, Director-General of WHO. “It is unacceptable that over 3 billion people – most of them women and children – are still breathing deadly smoke every day from using polluting stoves and fuels in their homes. If we don’t take urgent action on air pollution, we will never come close to achieving sustainable development.”

Want to know what is gling on with youir air? We analyse and measure!

WHO estimates that around 7 million people die every year from exposure to fine particles in polluted air that penetrate deep into the lungs and cardiovascular system, causing diseases including stroke, heart disease, lung cancer, chronic obstructive pulmonary diseases and respiratory infections, including pneumonia.

In conjunction with the data launch, global communications campaign BreatheLife has launched a challenge to encourage citizens to take action to reduce air pollution. The first in the series is “Marathon a month” which calls on people to pledge to leave their car behind and use alternative forms of transport for at least the distance of a marathon (42km/26 miles) for one month.

BreatheLife is a partnership of WHO, UN Environment and the Climate and Clean Air Coalition to Reduce Short-lived Climate Pollutants that aims to increase awareness and action on air pollution by governments and individuals. www.breathelife2030.org 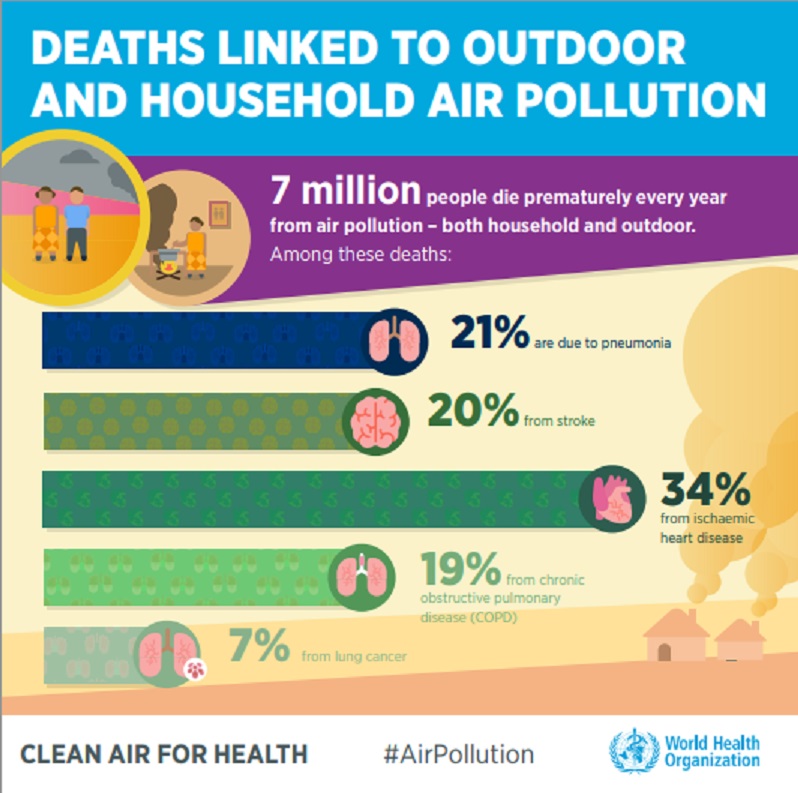